Khalida Asgari reflects on the influence of her grandmother, a woman who kept an eye on her family as much as she did the time

I dedicate this article to my grandmother, the most hardworking person with the biggest heart I have ever known. 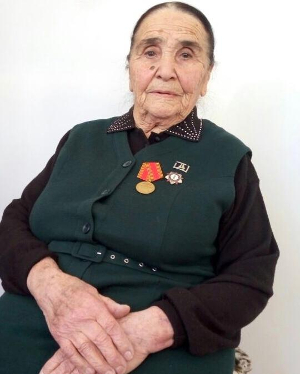 I was on the phone with my grandmother one day, sometime during the year I moved away from home, when she said something remarkable: ‘My dear, it has been exactly four months, three weeks and five days since you left.’

I wasn’t sure what to make of this observation, so I just stated the obvious: ‘Grandma, you’ve been watching the time so closely.’

“Tell me when you’re coming back”, was her response “…and I will start my countdown”.

This conversation left me touched but also wondering: ‘Am I that important to her or is this another manifestation of my grandmother’s special relationship with the concept of time?’

Growing up in my grandparents’ house, I often heard Grandma mention that she could live perfectly well without having many possessions, but that she must have a good clock and calendar on the wall at all times. In fact, every room in the house had a timepiece, including an old-fashioned pendulum clock in the living room that chimed every half-hour. At times, I found this a nuisance when trying to fall sleep. But Grandma said it was only doing its job – letting us know exactly what time it was, day or night. If the clock ever stopped because of needing to be rewound, a new calendar would not be ready to hit the wall by the end of the New Year’s Eve.

Grandma felt restless until the order was restored.

The calendar was frequently consulted for planning life’s many activities. She especially relied on it for staying on top of our school activities. She always knew when each kid’s assignments were due or when we had test dates and subsequently kept all of us on track. It didn’t matter to my grandma how early she had to wake up to prepare our breakfasts or how late she went to bed after finishing her chores: ‘There will be plenty of time for work in your life’, she often reminded us, ‘…but now it’s your time to study and learn as much as you can’. Grandma always showed a lot of patience in dealing with life’s challenges, but one thing made her instantly angry – when she saw someone waste away their time.

Coming from a large family, my grandmother lost all four of her siblings, one by one, followed by her father, and was completely orphaned by grade 6 when the last of her family, her beloved mother, fell ill and didn’t make it. From that point on, Grandma never had time for herself. It was stolen from her: the time to play with her siblings, the time to be cuddled by her parents and the time to work on her dream of becoming a high school teacher one day.

As much as she loved school, my grandmother was forced to drop out so she could put her efforts into surviving the devastation of wartime. From the age of 12, she ran her own household and worked alongside grown women providing for the troops who fought against Hitler’s Army. But, despite all the hardships, my grandma managed not to give up and instead of dwelling on her misfortunes, she devoted herself to something much bigger than her. She even took vows.

I learned about those vows in the summer we lost my brother Ramil in the most tragic event I have ever experienced. On top of everything else, Grandma took it also as a personal failure. She jumped to his rescue, but he did not survive. In her grief, I heard her utter through her streaming tears ‘but I took the vows!’

It turned out that, as a young girl back in her village, when she promised herself to get back all of the things she had lost in life, my grandmother took three vows:

–    The vow that everyone in her family would go to school and realise their potential.

–    The vow that no child on her watch would ever have to suffer again, let alone die.

Grandma saw it as her life’s purpose to stand for each of those causes. She took this job most seriously.

After marrying my Grandpa, she continued working and supported him through his studies at law school. She single-handedly oversaw the construction of their family home when he was away, while also attending night classes for adults. Her life got more comfortable after Grandpa’s career took off. They did lose two baby boys, but were able to raise their two daughters. When my mom married my dad, a military officer whose job involved frequent moves, Grandma volunteered to raise us, the four grandkids so that we could have a more stable home environment and wouldn’t have to change schools all the time.

Being the only person in our family without a University degree, Grandma basically gave it to at least 10 of us. Also, together with her husband, she supported many low-income families and created opportunities for their youth to obtain a higher education as well. No-one was off the hook. No one was allowed to miss opportunities or waste time. Not on my grandma’s watch. When I asked her about her near-obsession with the concept of time, she simply said: ‘Time is extremely important and we must respect it so that it respects us.’

These days, I hear people say 30s are new 20s and things like that. While there is some truth to it, with human life expectancy growing, it still doesn’t mean the things we do today somehow don’t matter because ‘there will always be plenty of time to clean up the consequences.’

No matter how old or how young we are, how we spend our time counts. All the life choices we make: the job we do, the people we associate with and what we take into our body – everything counts. Mistakes are human and failures are learning opportunities as long as we bounce back from them and evolve as human beings.

My grandmother’s lesson is that time is on your side if you use it wisely. To me, she is someone who has truly lived up to this principle. She lost a lot in her life, and though I only heard about her earlier losses, the most recent ones I had to live through with her. Each blow left its imprint on her, but somehow every time, with faith and determination, she managed to bounce back.

My grandmother lost a lot in life but she also gained a lot. Today, she is the head of a large family: children, grandchildren and great-grandchildren. She has many other people who look up to her. She is recognised by the government as one of the youngest home front war veterans of her time with medals and is honored every year on the Victory Day. Every May, which is also my grandmother’s birthday month, she shares with me how grateful she is to be remembered in this way, but maintains that her main rewards come from having her family.

Now, when I look back at our phone conversation from 17 years ago, I feel that the answer I was looking for was there all along. I asked if I was that important or if tracking time mattered most. The answer is both. Time is the framework for viewing everything else that’s important in life. That’s why the two concepts are inseparable. Keep an eye on the time, use it wisely and it will be on your side.

Native of Azerbaijan, Khalida Asgari spent around twenty years in the field of education, working for Baku Slavic University. She has a PhD in Linguistics and is the author of one book, 26 articles, and 10 conference speeches and presentations. She currently lives in London.

The image in the body of the article shows a formidable older woman wearing a green tunic with medals on it, over a black shirt. The image in the author bio is shows the author in a red dress, sitting next to a bouquet of roses on a table.